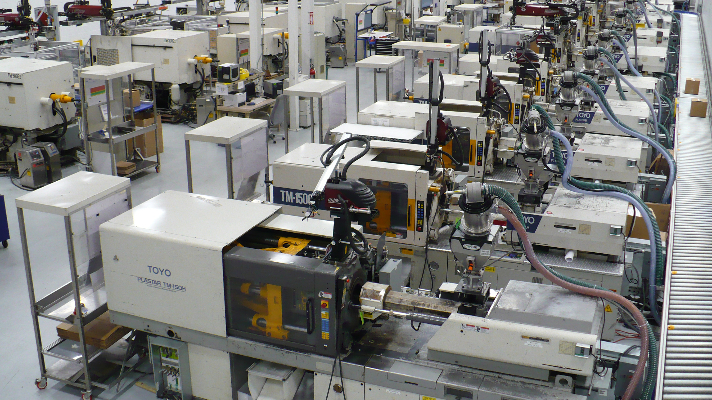 Whether you’ve been directly involved in the injection molding industry or not, plastic parts have accompanied you your whole life if we count the rattle and dummy that gets thrust upon us moments after entering the world. One thing that has become apparent is, despite how widespread injection molded parts are, it’s amazing how haphazard and lacking the training is in the industry and how under-invested and under-skilled the whole industry has been historically. Though improving, this problem is still in the main.

Injection molding machines are kept normally well past their sell by date, paying for themselves multiple times over. They are sometimes leaky rust buckets still able to essentially print money for their owners after 20 years. Whilst we walk around with computing power in our pockets which can send 120 million Apollo spacecraft to the moon all at the same time, some of us have to make do with injection molding machines that look like Olivetti prototypes. It’s a false economy as worn machines, however normal, contribute to processes that teeter on a knife edge and produce intermittent faults which cost money and hurt the planet.

Training is initially a case of “follow them around on the job” until a training group is created or budget is available. Can you imagine that scenario with electricians, surgeons, or airline pilots? New projects in injection molding often start with good intentions but get swept up in a tidal wave of “just get it done, we don’t have the luxury of waiting for that.” Poor planning and poor collaboration is felt later in months and years of narrow process windows and ”trick molding,” leaving the hapless technician with a problem job that just won’t go away. Technicians are often left just guessing, and worryingly they have the full authority to do so. This puts at risk mold tools and machines, costing hundreds of thousands of pounds, not to mention their own safety.

So, there are a lot of inefficient things going on, but on the other hand many companies are doing it right. In an industry full of grey areas and black books, what is “right” anyway? Here are 8 good principles for injection molding from start to end of the process:

All easy to say, huh?  So why isn’t this happening every time? Oh yeah… we were too busy!