How to Become a Plastics Guru: What You Need to Know (Part 2 of 3) 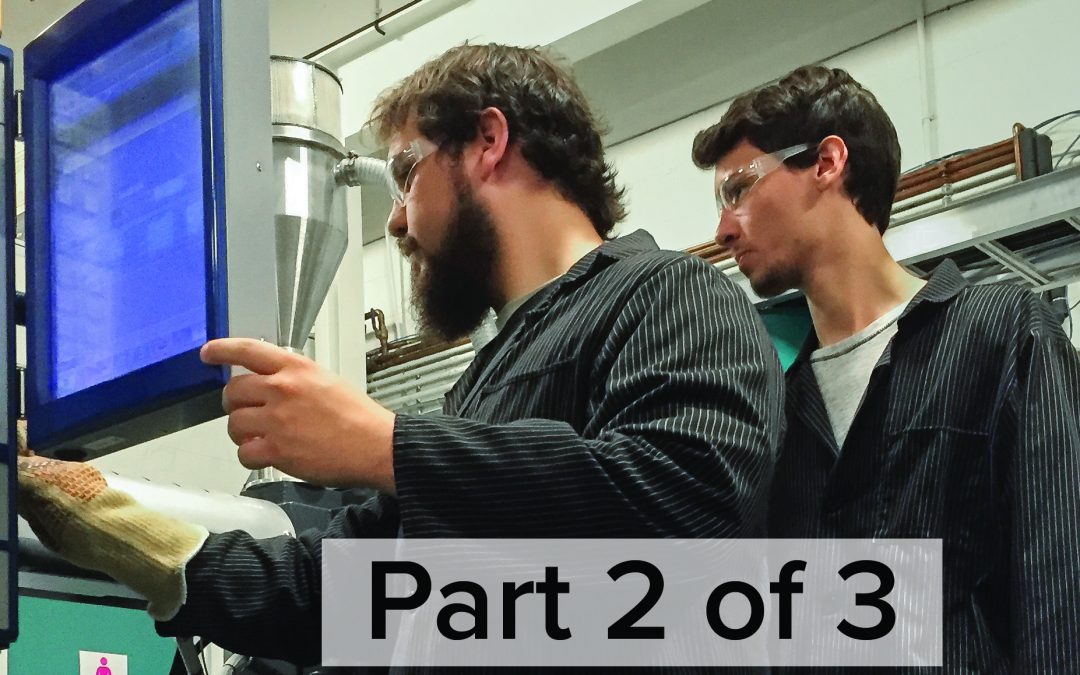 There are those who are good at what they do, and then there are those who are the absolute best. The gurus. The late NASCAR legend, Dale Earnhardt, is a great example of one such guru. He was so good, in fact, that it’s thought that he could see the air moving around the car to better understand what move he should make next.

If you’ve had the honor of meeting a plastics guru, you’d know how brilliant they are. How are they so good? What do you need to know to be on that higher level?

Over the next three segments, we’re going to review several of the often overlooked technical arenas that are vital to understand in order to become a plastics guru. In the last segment, we reviewed mechanical and electrical knowledge. This segment, we will review fluid dynamics and thermodynamics.

Before we dive too far into this area, we are going to consult our old friend, the dictionary. We need to make sure everyone has the same understanding of the definitions to the terms we are going to be discussing.

Fluid dynamics: The properties of fluids in motion. There are two different types of fluids: Newtonian and Non-Newtonian (Shear Thickening or Shear Thinning) along with understanding viscosity as show in Graph 1.

Viscosity: The resistance to flow. The more the fluid resists flow, the higher the viscosity. 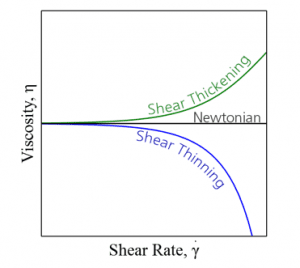 Now that we have that out of the way, let’s look at three common fluids within the plastics industry.

First, we will focus on a Newtonian fluid, like hydraulic oil, which is used to create linear or rotary movement on the machine or mold. If you have ever worked on a car, you may have noticed some oils flow easily while others not so much. The oil that is used in the motor is typically 5W-30. The 5 denotes the weight of the oil, which correlates to the viscosity. Lower weight equates to lower viscosity, which means it flows easier. Oils that are used in the rear differential are typically 75W-90. These oils have a viscosity 15 times higher than oil used in the motor. The motor oil will typically flow relatively easily from the container, while the rear differential oil needs to have the bottle squeezed to make it flow.

Another Newtonian fluid is water, typically used to control the temperature of the mold. If the temperature changes for either water or oil, the viscosity will change as well. However, the line will still be plotted across the graph from left to right—it will just be shifted up or down based on the direction of temperature change.

No matter how fast the fluid moves, (Shear Rate) the viscosity will never change in a Newtonian fluid. This is why the rear differential oil requires the bottle to be squeezed the entire time.

Now, let’s focus on Non-Newtonian fluids, specifically Shear Thinning fluids, like ketchup and plastic. Wait, what? I thought we were discussing plastics. Let me explain. 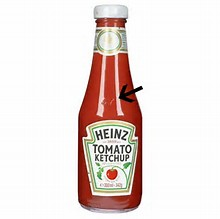 For those who have ever used a glass ketchup bottle (Image 1), you may have seen the correlation with plastic without knowing it. If we removed the lid and turned the bottle upside down, not much would happen on its own. If we pounded the bottom really hard or inserted a knife, the ketchup would pour onto the plate. Personally, I always ended up with enough ketchup for myself and my 20 cousins at the family reunion. Tapping firmly on the 57 (the correct method), the ketchup would then flow at a more desired rate. Before doing any of the previous mentioned methods, the ketchup molecules were all entangled with each other, like a plate of spaghetti. They refused to flow in a timely manner. By applying a force, these molecules started to align, reducing the viscosity and allowing the ketchup to flow from the bottle.

With melted plastics, the same type of behavior is exhibited in the barrel after the pellets have transitioned from solid to liquid form. The faster the flow rate of the machine (Shear Rate), the lower the viscosity becomes because there is more alignment of the plastic molecules.

There are always limitations and plastics are not exempt from this. Every plastic has a Shear Rate limit and we must take that into consideration when designing the mold and selecting a flow rate for the molding process.
Also, materials fall into viscosity categories like the way oils are classified. Table 1 sets a wide scale for comparing material to viscosity ranges and includes the MFI.

On a closing note, the viscosity of the plastic within the cavity is always changing due to different shapes and thickness and is constantly being cooled by the mold. To measure the viscosity in the molding process, we use the following formula:

This allows us to track viscosity shifts from cycle to cycle as well as from lot to lot. By understanding the viscosity of the resin under given conditions, we can predict what type of part quality will be produced.

We need to take a brief revisit to our old friend the dictionary just to make sure we are all on the same page:

Thermodynamics: Physics that deals with heat and other forms of energy.

Thermal Conductivity (Tλ): The rate in which heat can be conducted through a material. Table 2 provides a general range for common substances in molding.
Thermal Expansion: How much a material will expand with a given temperature.

Specific Heat (Cp): The heat required to raise the temperature of the unit mass of a given substance by a given amount. A general range for common substances in molding can be found in Table 3.

Shrink Rate: The amount a thermoplastic will shrink when cooled.
The machine is responsible for putting energy into the material through screw rotation to force the pellets from a solid state to a liquid state, then reversing the process in the mold.

In the last segment, we discussed the L/D and Compression Ratios of the reciprocating screw. These play a key role in determining how much mechanical energy is put into the plastic. If there is too much energy put into the plastic, there is high potential for degradation. Conversely, if there is inadequate energy we can expect to see un-melted pellets in molded parts. A plastics guru can change the screw RPMs and back pressure during recovery, which affect the amount of energy put into the plastic. They must understand that not all polymers melt at the same rate, and some are very sensitive to heat.

The majority of the molding cycle (nearly 80%) is waiting for the plastic to reach a temperature low enough that it’s rigid enough to withstand the forces of ejection. The workhorse for this is none other than the mold.
Thermal conductivity of the mold metal is also critical. Not all metals transfer heat at the same rate, with stainless steel being very poor and copper alloys being very good.

Only about 40% of energy is released from the part due to the ability of plastic to transfer heat. As the molding cycle progresses, the plastic becomes more of an insulator with every passing moment, making it harder and harder to remove heat.

When large molds run very hot, thermal expansion calculations must be used to ensure there is adequate clearance between moving components at operating temperature. Generally, the larger the mold and the higher the temperature, the more there is a concern. If the mold contains a hot runner system direct of valve gate, the thermal expansion at operating temperature must be addressed or there could be severe mold damage.

It is also critical to understand how the energy is removed from the molded part. One method of heat transfer is through the air surrounding the mold, which is not very efficient. Heat is also removed via the water channels. It’s important to have achieved turbulent flow in the channel to improve the ability of the water to transfer heat. If the Reynold’s Number is calculated, it can be determined if the water is flowing in a laminar or turbulent way (shown in Figure 3).

In the last segment, we will review what you need to know about metallurgy and statistics to be the next plastics guru.